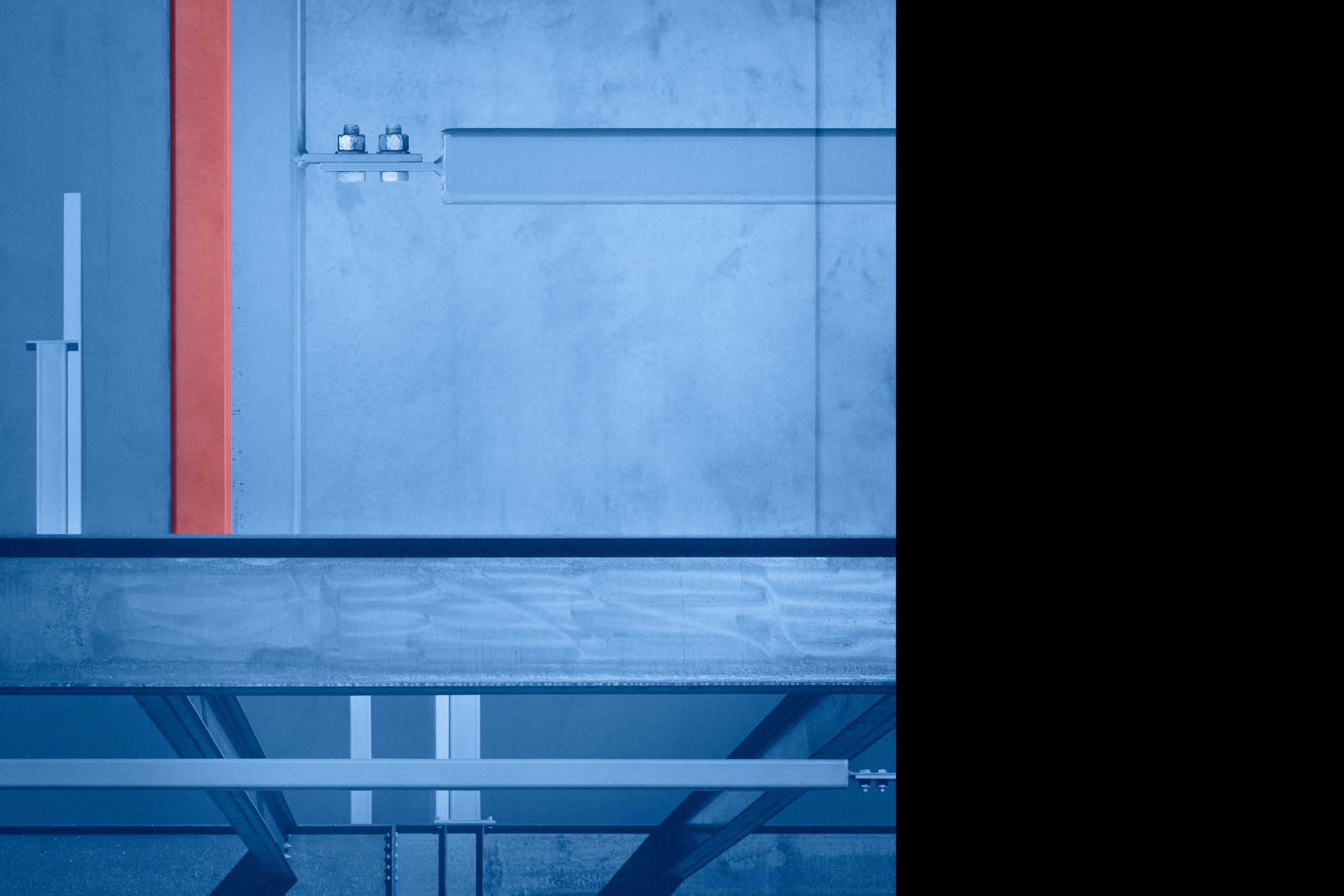 My photographic art practice explores the geometry of the built environment, abstracting the aesthetics of industry, infrastructure and transport settings. I aim to reveal dynamic connections between shape and form, creating unity between all elements of the image structure.

In early 2017 I set myself the task of studying a building coming to life. I aimed to explore its underlying structure, architectural language and eventual purpose, its reason for being. The project I chose to follow was Beaumaris Secondary College in Bayside Melbourne, a school that revitalises a rundown precinct and fills a void of public education at this level in its local area.

I photographed elements of the school’s construction throughout 2017 up to its occupation by students and staff in 2018 and 2019. Each visit would see me moving through and around the structure, capturing the progressing form from multiple viewpoints, watching on as the architecture materialised around me. Collected images have been digitally layered into 14 square compositions to form the final artworks. This technique considers parallels between the buildings’ assembly and the learning that now takes place there, seeing education as something that also occurs in layers; a process of building knowledge in the development of a deep understanding of the world and our place in it.

The imagery also reflects on the motion that is so persistent in the growth we are living through in Melbourne. During construction the site would shift and change daily; filled with students, the spaces become dynamic and full of potential. The constant flow of the learning process is contained within interiors that are flexible, inherently capable of adapting to specific needs and evolving educational practices as is so critical in 21st century learning.

Acting as a reflection on the school’s development during a defined period of observation, the imagery also recognises that shift and change will be ongoing. Student numbers will increase in response to higher than expected demand, buildings will adapt and likely even be extended on. My work has considered the broad phenomenon of growth we are experiencing by examining the microcosm of a specific site; the expansion underway in our wider urban environment is present here on a small, yet constant scale.